in celebration our new Harvard College Admits, our Principals' Center Fellowship Recipients, and all of our local Harvard Alumni & Club Members (attendees will be provided 1 free drink ticket!) 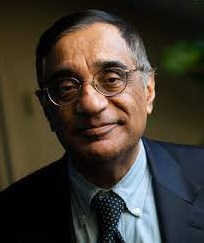 One need only walk into a church, a mosque, a temple, a synagogue, or any place of worship to experience the beauty and aesthetic power of religion through different forms of art (architecture, music, painting, and stained glass to name a few), and for millions of people around the world, engagement with religion is forged through personal experiences embedded in sound and the visual and literary arts.

Prof. Asani also holds a joint appointment between the Committee on the Study of Religion and NELC. He also serves on the faculty of the Departments of South Asian Studies and African and African-American Studies. He has taught at Harvard since 1983, offering instruction in a variety of South Asian and African languages and literatures as well as courses on various aspects of the Islamic tradition including Understanding Islam and Contemporary Muslim Societies; Religion, Literature and the Arts in Muslim Cultures; Muslim Voices in Contemporary World Literatures; Introduction to Islamic Mysticism (Sufism); Ismaili History and Thought; and Muslim Societies in South Asia: Religion, Culture and Identity.

A specialist of Islam in South Asia, Professor Asani's research focuses on Shia and Sufi devotional traditions in the region. In addition, he studies popular or folk forms of Muslim devotional life, and Muslim communities in the West. His books include The Bujh Niranjan: An Ismaili Mystical Poem; The Harvard Collection of Ismaili Literature in Indic Literatures: A Descriptive Catalog and Finding Aid; Celebrating Muhammad: Images of the Prophet in Muslim Devotional Poetry (co-author); Al-Ummah: A Handbook for an Identity Development Program for North American Muslim Youth; Ecstasy and Enlightenment: The Ismaili Devotional Literatures of South Asia; and Let's Study Urdu: An Introduction to the Urdu Script and Let's Study Urdu: An Introductory Course. In addition, he has published numerous articles in journals and encyclopedias including: The Encyclopedia of Religion, The Oxford Encyclopedia of the Modern Islamic World, Encyclopedia of South Asian Folklore, and the Muslim Almanac. He also served on the editorial advisory board of the Oxford Encyclopedia of the Islamic World and the Encyclopedia of Islam in the United States.

Professor Asani has been particularly active post-Sept 11 in improving the understanding of Islam and its role in Muslim societies by conducting workshops for high school and college educators as well as making presentations at various public forums. He is particularly interested in the arts, broadly defined, as the primary means by which Muslims have experienced their faith and their potential as pedagogic bridges to foster a better understanding of the Islamic tradition. He has been involved in the Islamic Cultural Studies Initiative, an international professional development program for high school teachers in Kenya, Pakistan and Texas intended to promote a culturally and historically based approach to the study of Islam and Muslim societies. He has also served on the American Academy of Religion's Task Force on the teaching of religion in schools and as a consultant for the National Endowment for the Humanities Bridging Cultures Muslim Journeys Bookshelf Project.

Professor Asani is recipient of the Harvard Foundation medal for his outstanding contributions to improving intercultural and race relations at Harvard and the nation. More recently he was awarded the Petra C. Shattuck prize for excellence in teaching by Harvard's Division of Continuing Education.

In 2020 he received the Harvard Foundation Faculty of the Year Award for going above and beyond his responsibilities to make Harvard a more inclusive place. He was also appointed Murray A. Albertson Professor of Middle Eastern Studies. 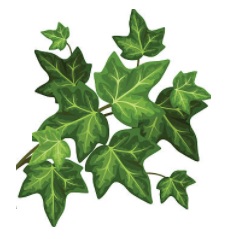